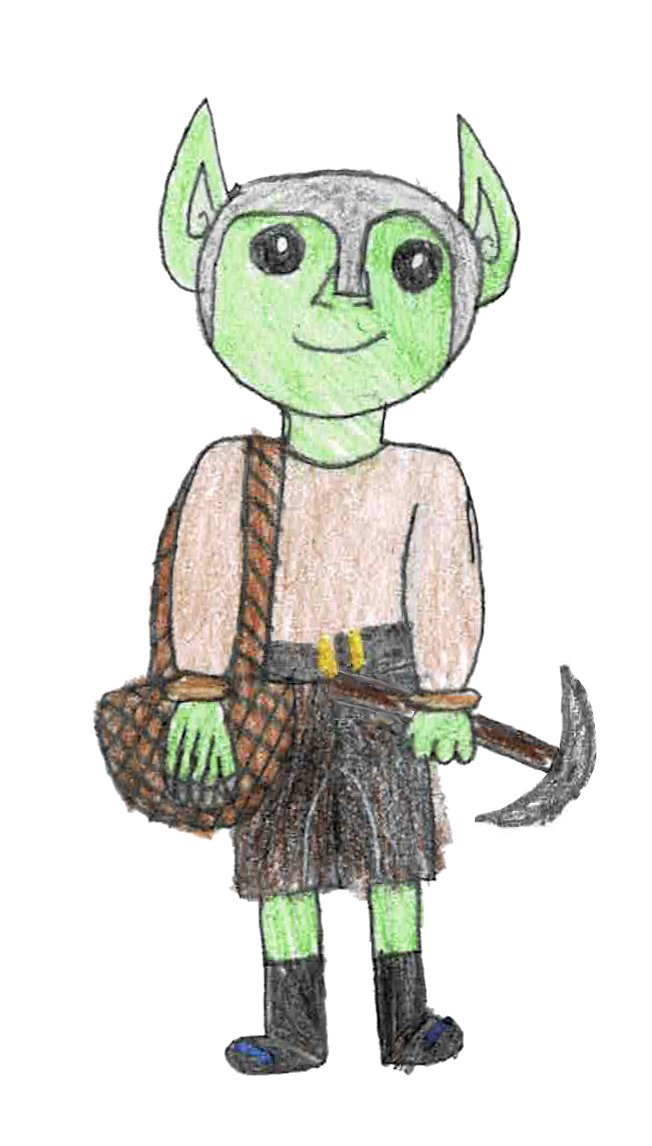 Some years ago, there was a goblin named Gerard.

In fact, there have been several goblins named Gerard: Gerard the Fearless, old Gerard the Grim, Gerard the Unbelievably Talented Dancer... but this story is not about any of these famous Gerards. This story is about Gerard the Miner: the Gerard who loved to dig.

Many goblins spend their days digging, searching up old bones and treasures and trinkets, which they use to weigh down the shelves of their vast underground museums. Goblins dig with a purpose, and when they happen across an old relic or a jewelled chalice or a particularly nice sock, they don’t much care who it belonged to, for their rule is finders keepers. 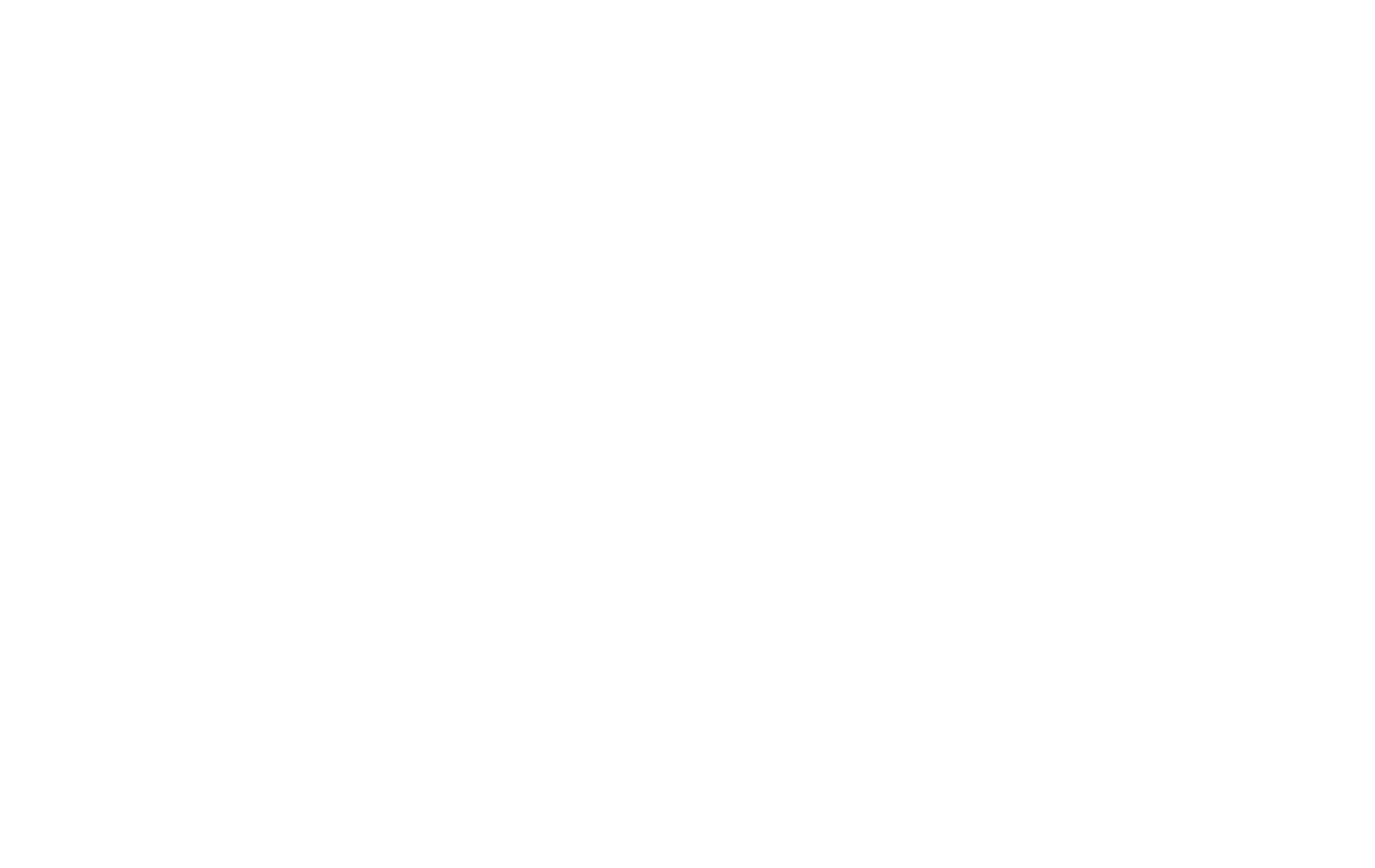 But Gerard wasn’t much interested in fossils or museums: for him, the digging was the interesting bit.

Late one afternoon, as the sun aboveground was just beginning to consider turning in for the night, Gerard and his companions were tunnelling beneath their mountain home.

Suddenly, Gerard’s friend Meredith called a stop. The goblins paused in their digging, and Meredith pointed to the wall of the tunnel they had made. The work of their pickaxes had revealed the shape of a great fossilized beast from long ago. 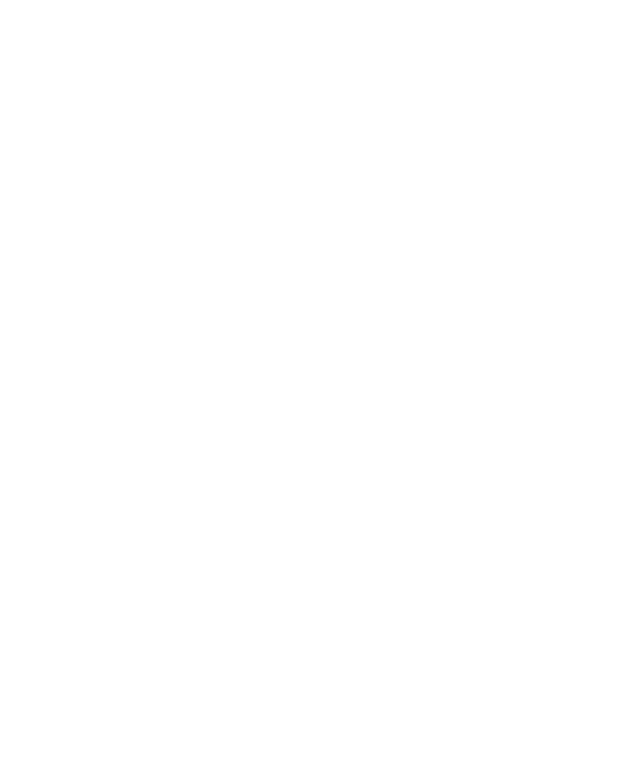 Several of the goblins took out their chisels and brushes and started to carefully excavate the old bones, but Gerard shrugged and said, “I’m not much interested in fossils,” and he began to dig again. A few of his friends joined him.

As the afternoon wore into evening, the goblins began to tire. They were just beginning to think of packing it in and heading home for a nice moss and spider stew when Gerard’s pickaxe broke through into a large cavern. The goblins held up their torches and saw towering above them in the gloom the pillars and steps of a great temple. 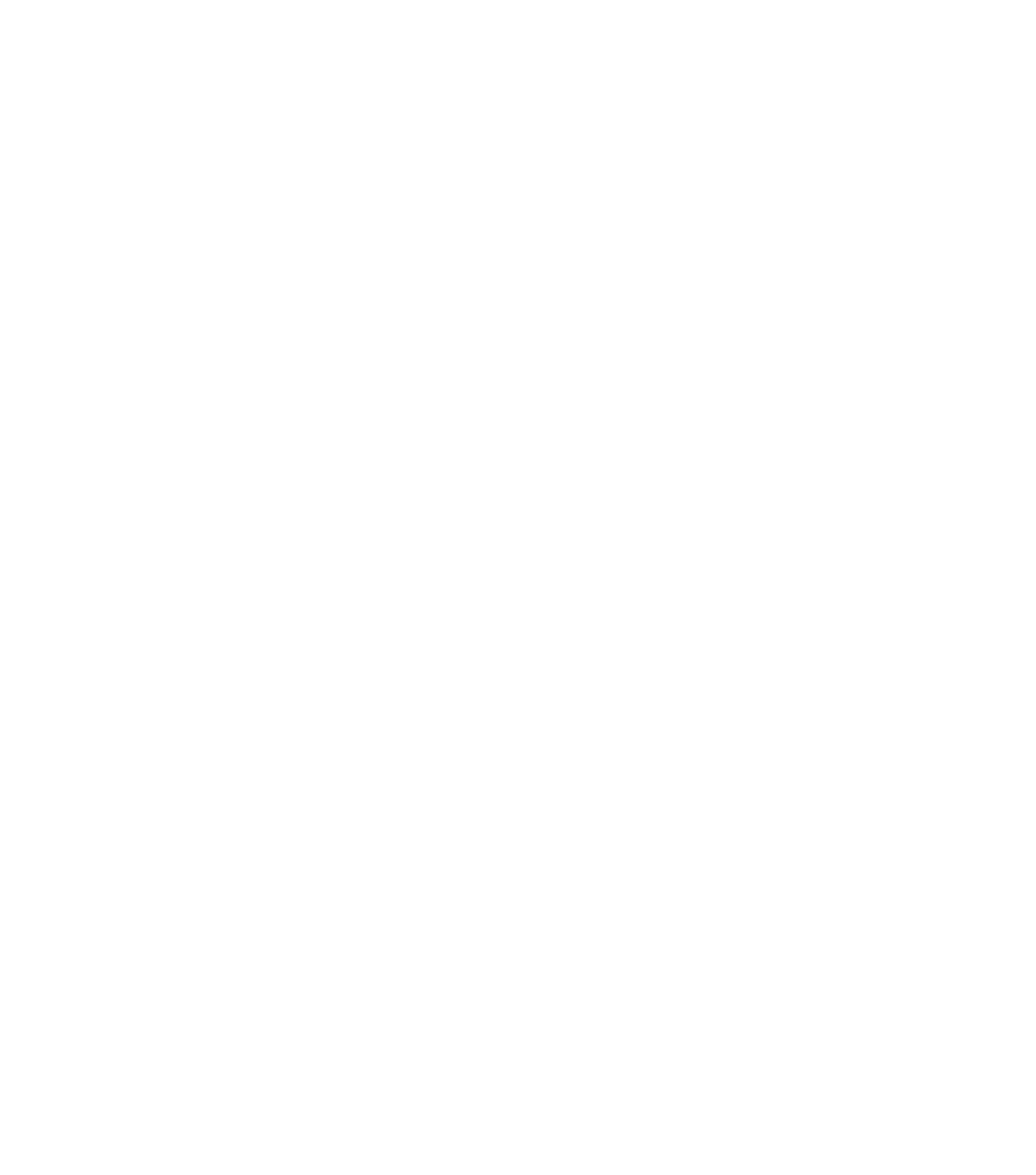 Several of the goblins took out their whips and fedoras and started to rob the temple, but Gerard shrugged and said, “I’m not much interested in relics,” and he began to dig again. A few other goblins joined him.

As the evening faded to night, the goblins grew sleepy. They were just starting to seriously consider turning back for their plump lichen-stuffed pillows and caterpillar-wool comforters when Gerard’s pickaxe broke through into another cavern. The goblins held up their torches and saw hill upon glittering hill of treasure, loose coins and jewels and worked silver and overflowing chests stretching away into the darkness. 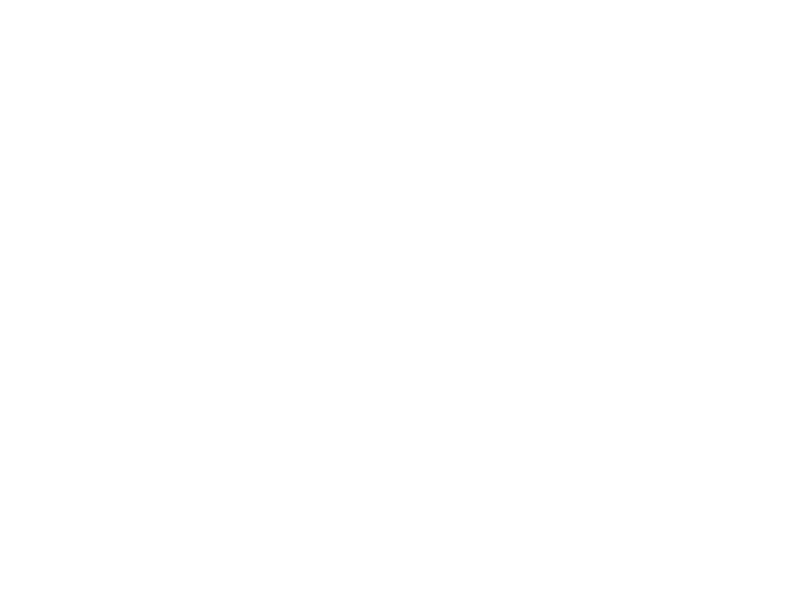 Gerard’s friend Agnes called a stop. “Whoever hoarded all of this wealth surely has enough to share!” she said wisely.

The rest of the goblins took out their sacks and started to load up the loot, but Gerard shrugged and said, “I’m not much interested in treasure,” and he started off across the sea of gold, searching for the other side of the cavern so he could dig again.

But before he found the far wall of the cave, Gerard’s foot caught on something and he fell. He discovered that he had tripped over the tail of a great scaly creature that now regarded him with interest, its glowing eyes following his movements in the dark.

“You’re rather clumsy, for a thief,” the dragon said. 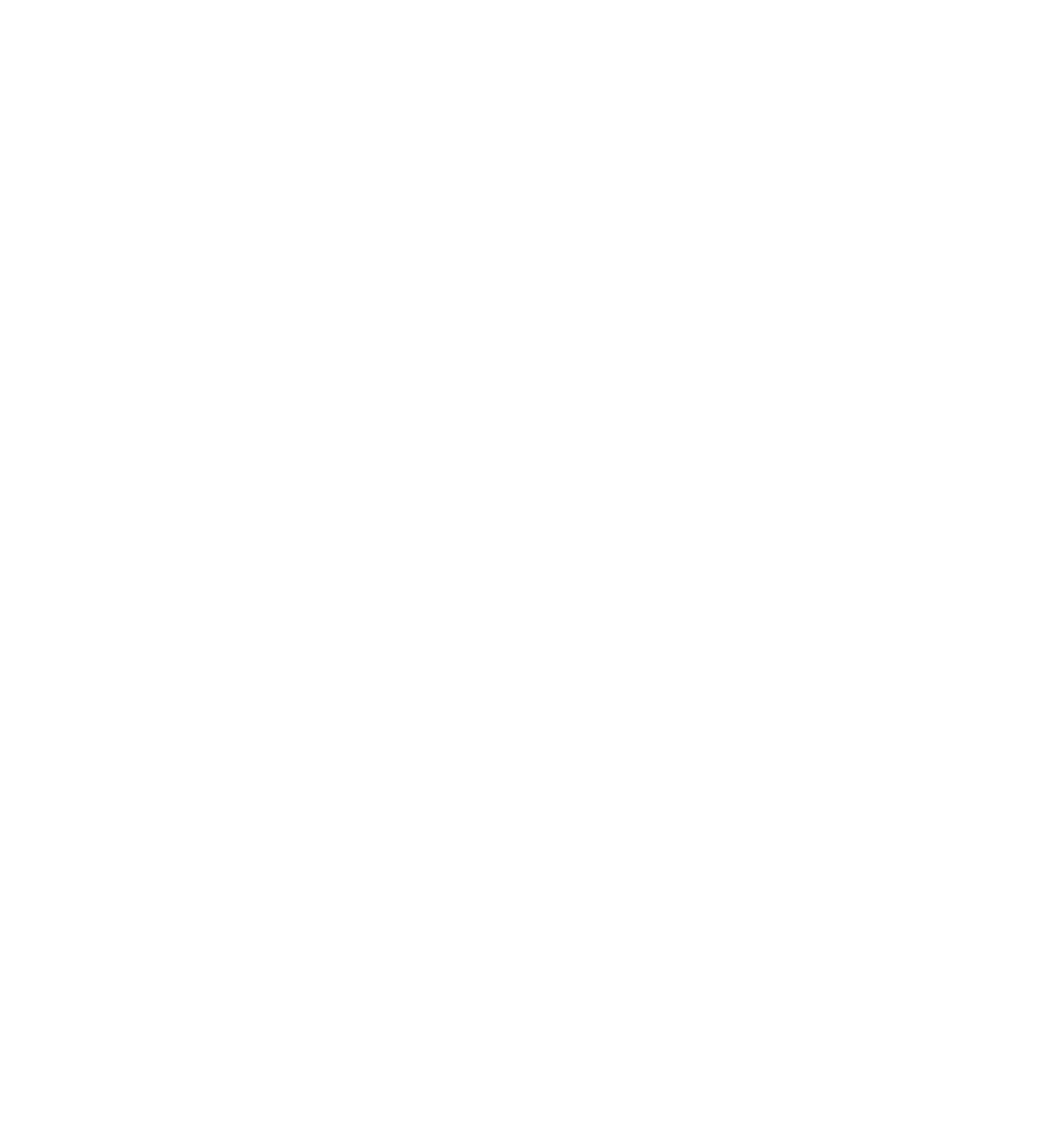 “But I’m not a thief!” Gerard protested.

“Did you not come to plunder my hoard?” the dragon demanded.

The dragon arched an eyebrow. “Are miners not interested in gold?”

“Show me,” said the dragon, and it watched with interest as Gerard set to work.

Not long after, Gerard called back up to the dragon from the tunnel he had made. “Do you believe me now?”

“You are skilled at digging, little goblin,” the dragon said, peering down the passage. “But I think I’d better eat you anyway, just in case.”

“Oh,” said Gerard, thinking of all the tunnels he had yet to dig. “I’d rather you didn’t.”

Gerard thought of his friends and wondered if they had finished gathering their loot and returned safely home by now. 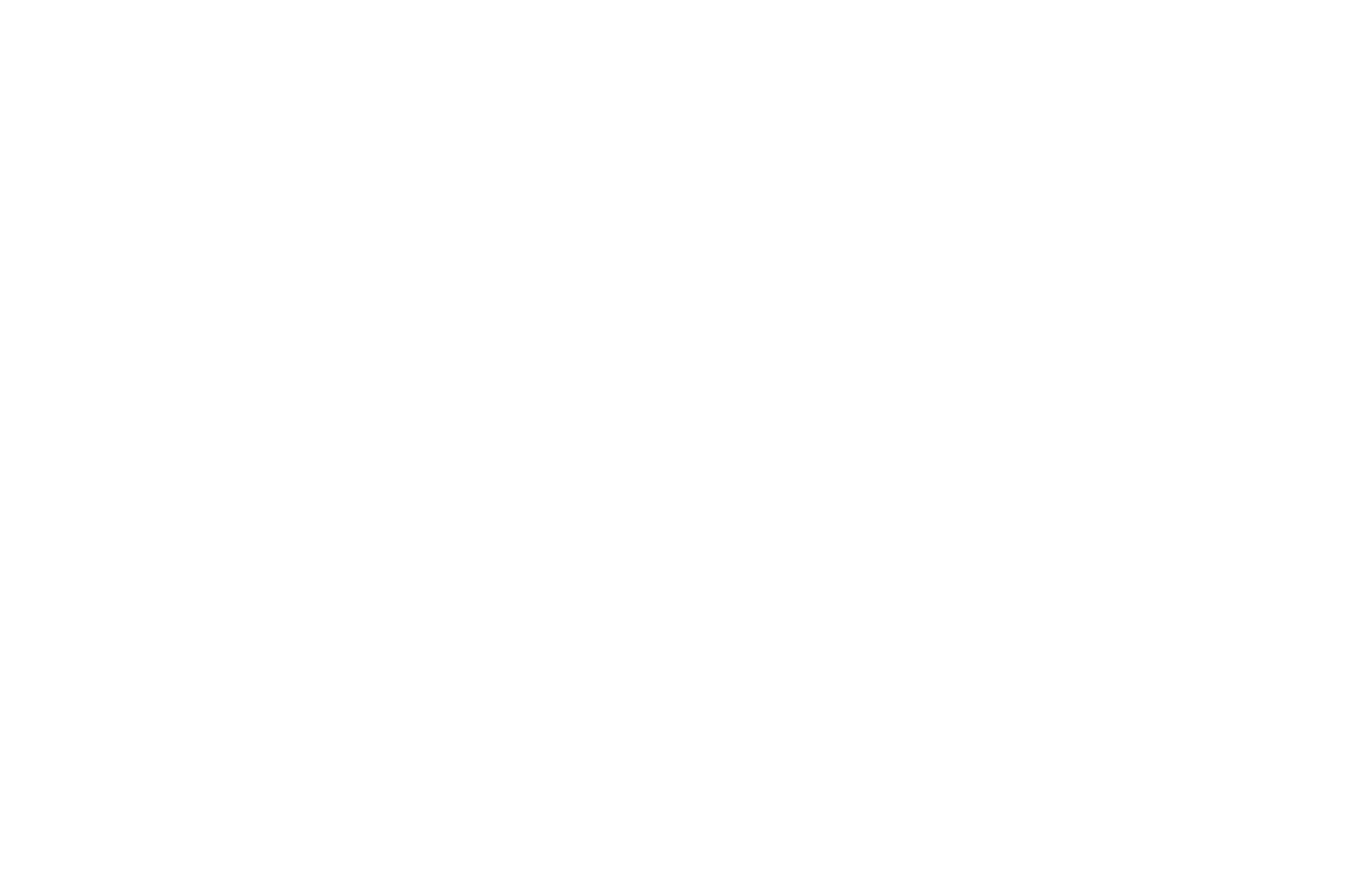 “Great dragon,” he called, “what do you need with all of that treasure? Don’t you think you have enough to share?”

“Certainly,” said the dragon. “More than enough. But what good would sharing do? Would it somehow make more gold for me?”

“It would make more gold for others,” Gerard called. “Doesn’t that count for something?”

The dragon paused in thought. “You make an interested point, little goblin.” The dragon licked its lips. “Perhaps you could return to my cave and we could discuss it further.”

“I think I would rather carry on digging,” said Gerard, “if it’s all the same to you.”

“It’s a shame that your tunnel is too small for me,” the dragon sighed.

“Yes it is,” said Gerard, thinking that perhaps it wasn’t a shame at all.

And he carried on digging.

Hours later, Gerard’s pickaxe broke through to the bank of a river that’s course had carried it underground.

It seemed a pleasant enough spot. The walls of the passage the stream had carved were lit by glowing lichens, and Gerard stopped and unlaced his boots and cooled his feet in the water. Blind fish brushed at his ankles as they passed and strange crabs nipped at his toes. 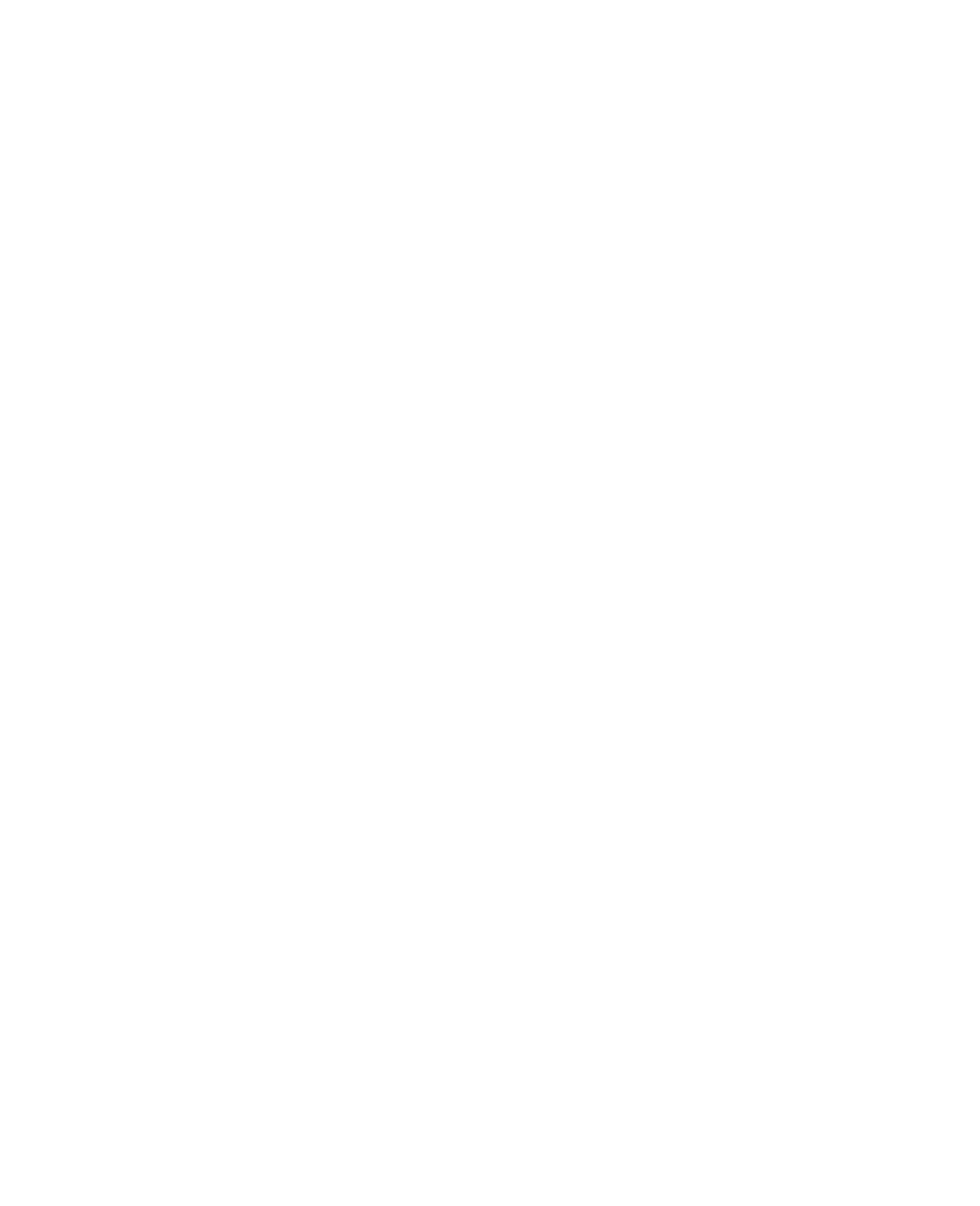 Gerard passed a pleasant half hour on the riverbank, then stood, refreshed, and laced up his boots again, ready to move on. The stream would be hard to cross, he thought, especially if he wanted to keep dry.

He eyed the slope of the riverbank, then began to dig, angling his passage to cut down below the river so he could come up on the other side. But soon water began to drip from the roof of his tunnel, and the ceiling collapsed and the river poured in and his beautiful boots got rather damp.

He tried again, for perseverance, like charity or chewing with your mouth open, was considered a virtue among goblins. But again the ceiling fell in and his boots got wet. 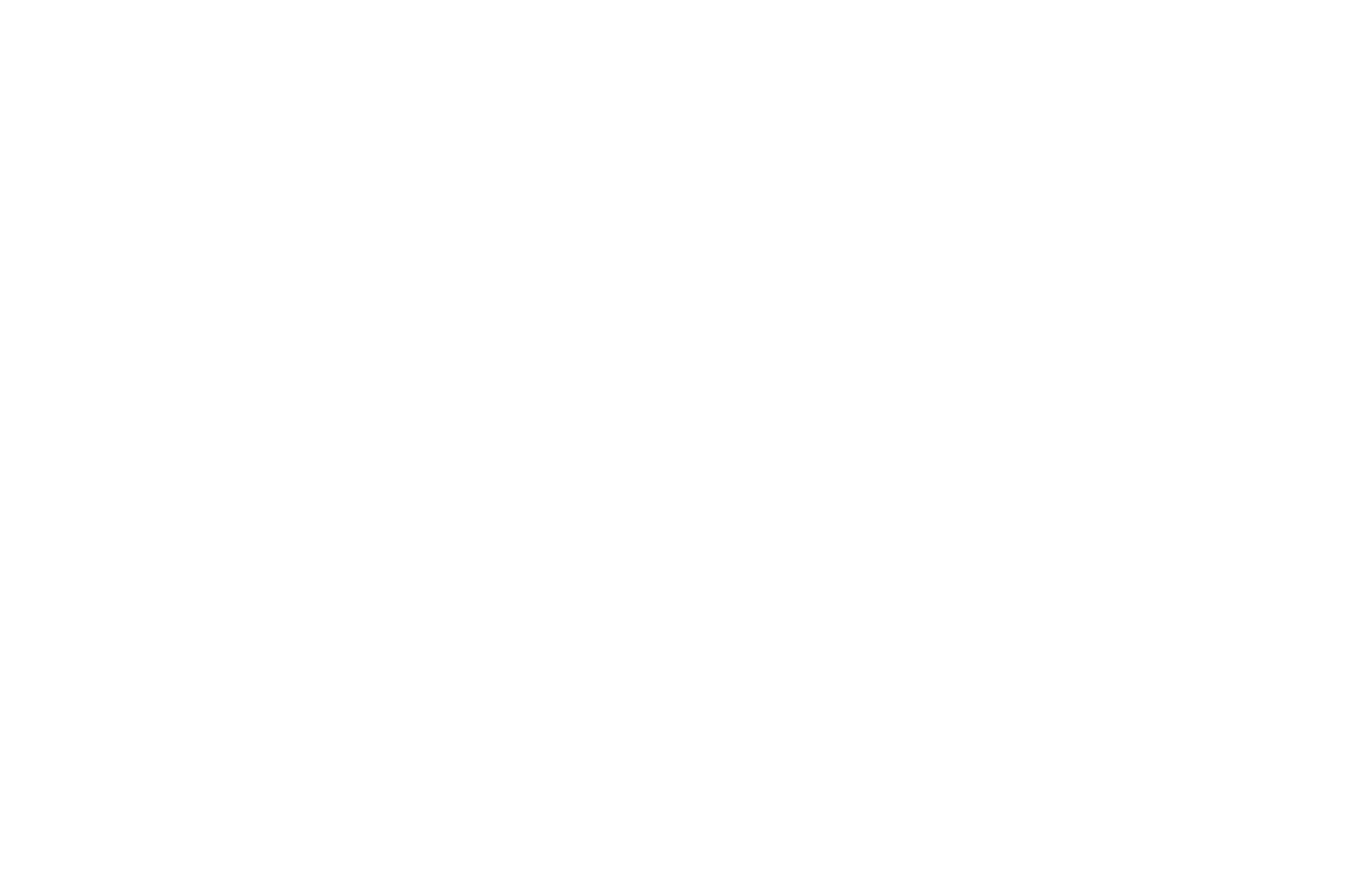 Gerard stood back and considered how he might cross the stream. He considered the riverbank and the lichens and the dark waters and the softly glowing creatures beneath them that were busy considering him back. His eyes moved from his failed tunnels to the piles of rock and debris that he had excavated as he dug, and suddenly he had an idea.

Wishing that he hadn’t left the mine carts far behind, Gerard sought out the largest stones and carried them to the water, dropping them into the river one by one. Slowly, each stone piling upon the last, he formed a causeway that crossed the river. 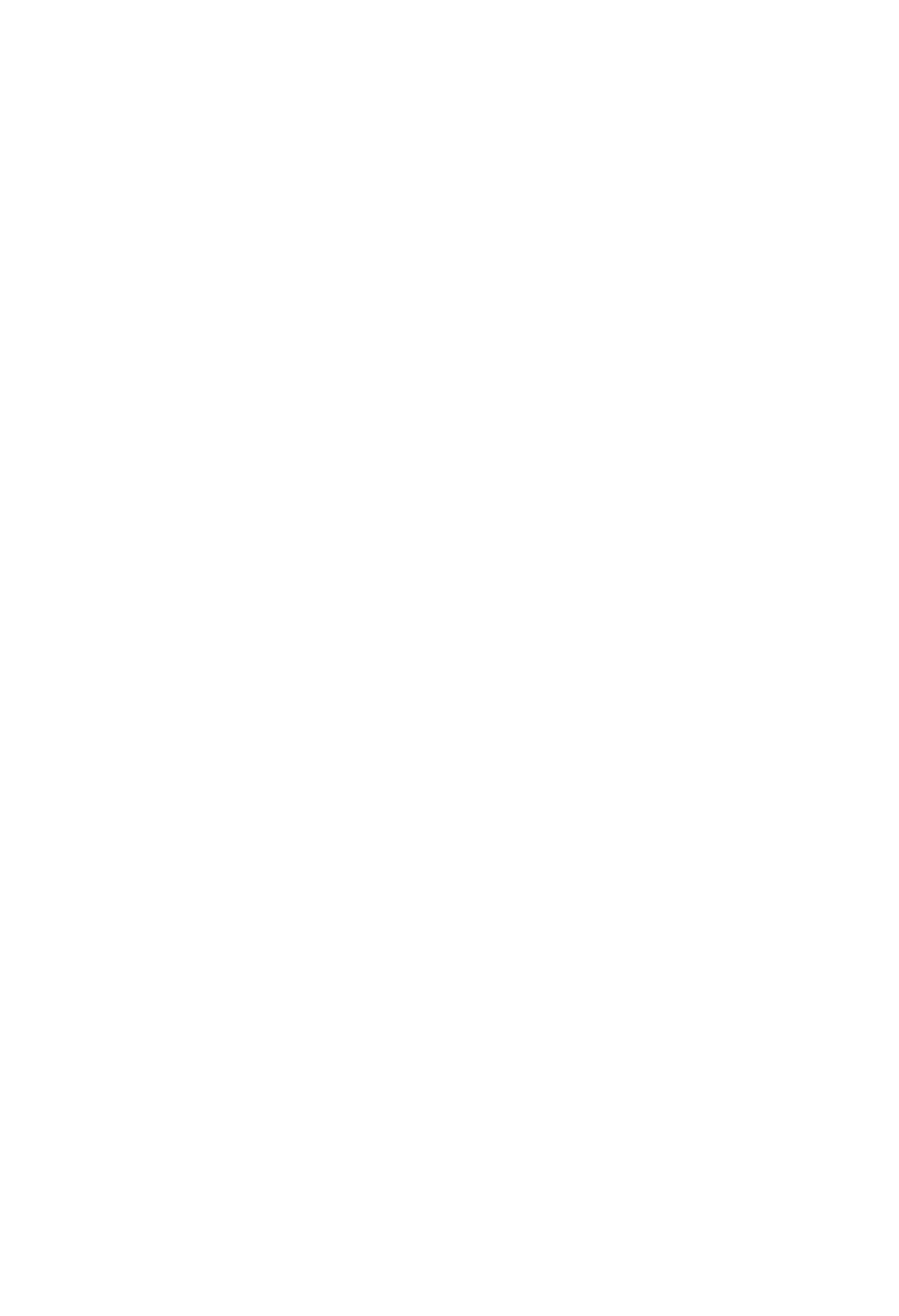 He arrived on the far side dusty and tired but with two dry boots. Gerard grinned at his cleverness and hefted his pickaxe to carry on digging again, but he was stopped by a call from behind him.

Gerard turned and saw that a frog had leapt from the river onto the causeway he had made.

“Hey,” the frog croaked, “why have you destroyed our home?”

“I haven’t destroyed anything,” said a confused Gerard. “I built something! And I did a good job, too!”

“Did you think to ask, first?” burbled a new voice, as a large snail slurped itself up onto the causeway.

“How are we supposed to get across?” demanded a creature that Gerard did not recognize, slapping the stones with one of its many tentacles.

“Hm,” Gerard hmed. “I guess I didn’t think about how what I built would affect everyone else.”

And he walked back to the side of the river where he’d started, grasped the first stone, and heaved it out of the water. He worked his way back across the stream, dismantling the causeway one stone at a time.

He waved at the water creatures as they slipped past him, making their way downstream one by one. His boots were soaked, as was the rest of him, but he knew that when you make a mistake you have to make it right. Satisfied at a job well done, he began to dig again.

Goblins are not the only people who like to dig, of course. Kobolds and dwarves and knockers and trows also make their homes beneath the earth. So Gerard was only a little surprised when his tunnel intersected with another of unfamiliar construction.

This new tunnel was lined with torches and neatly braced, and though it was a shade too bright for goblin eyes Gerard found himself admiring the runes carved on the beams and the sturdiness of the track that ran down its centre. A sound caught his ear, and Gerard started down the rightmost passage. 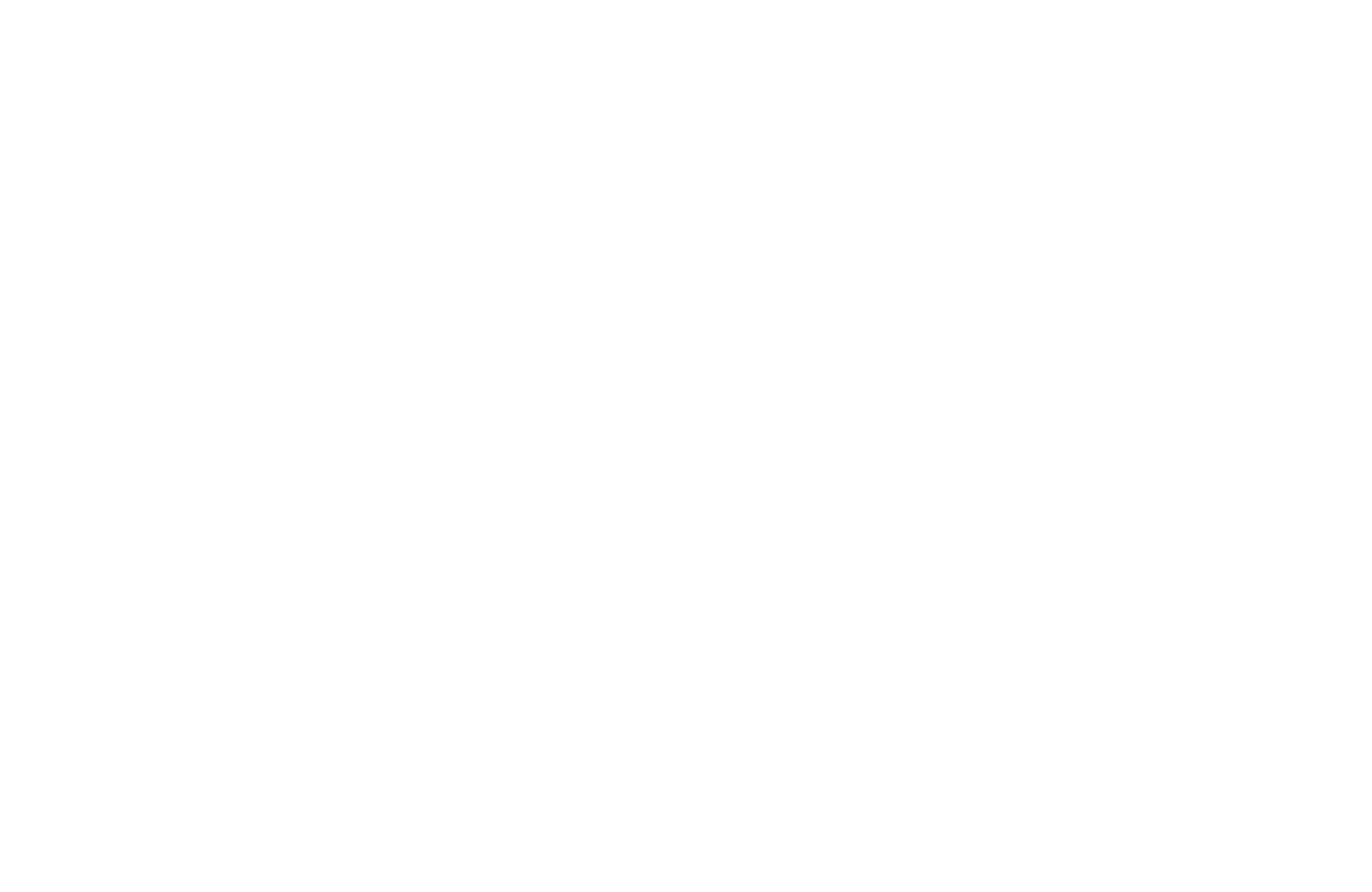 At the end of the tunnel, a group of dwarves were mining side by side, singing as they worked.

“Mind if I join you?” said Gerard.

The dwarves stopped singing and turned, peering at him from beneath bushy eyebrows. Their eyes traveled from his banded cap to his sturdy boots and back again. One nudged another and pointed to the pickaxe in his hand.

“Kobold?” one of the dwarves asked after a moment.

“I’ve never met a kobold before!” another chimed in.

“A goblin!” he said, equally excited. “I’ve never met a goblin before either!”

“The more the merrier!” the first dwarf exclaimed, gesturing for Gerard to join them.

“Isn’t that a beauty,” one of the dwarves said as Gerard hefted his pickaxe. “Ebony?”

Gerard looked down at the tool in his hands. He supposed it was rather nice.

“Nice,” said the dwarf. He hefted a mattock. “Walnut and chrome steel.”

They shared a grin, then turned and began to dig side-by-side. The dwarves resumed their singing, and soon Gerard was singing along. 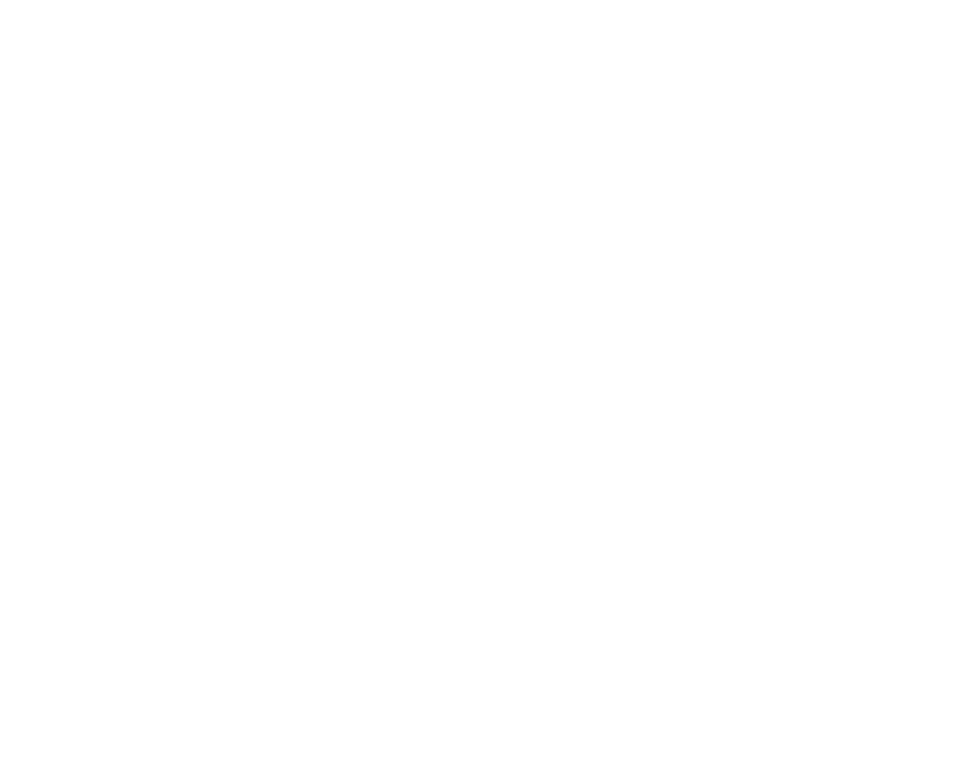 They passed happy hours in the mine, alternating between dwarven dirges and goblin chants, until their singing was interrupted by a rumble from below.

Tools faltered as the passage began to shake and stone began to rain from the ceiling. Gerard and the dwarves stumbled back as the floor of the tunnel gave way and a creature loomed up from below.

Gerard dusted himself off and the dwarves picked themselves up from the floor.

“I didn’t realize you could dig so well!” said Gerard.

“Neither did I,” said the dragon. “It appears I’m a quick learner.”

“I suppose you’re going to eat me now, are you?”

The dragon looked at him for a long moment, then said: “Not just yet, I think. I’d like to dig some more, first.”

“The more the merrier!” cheered the dwarves.

And together they all began to dig. 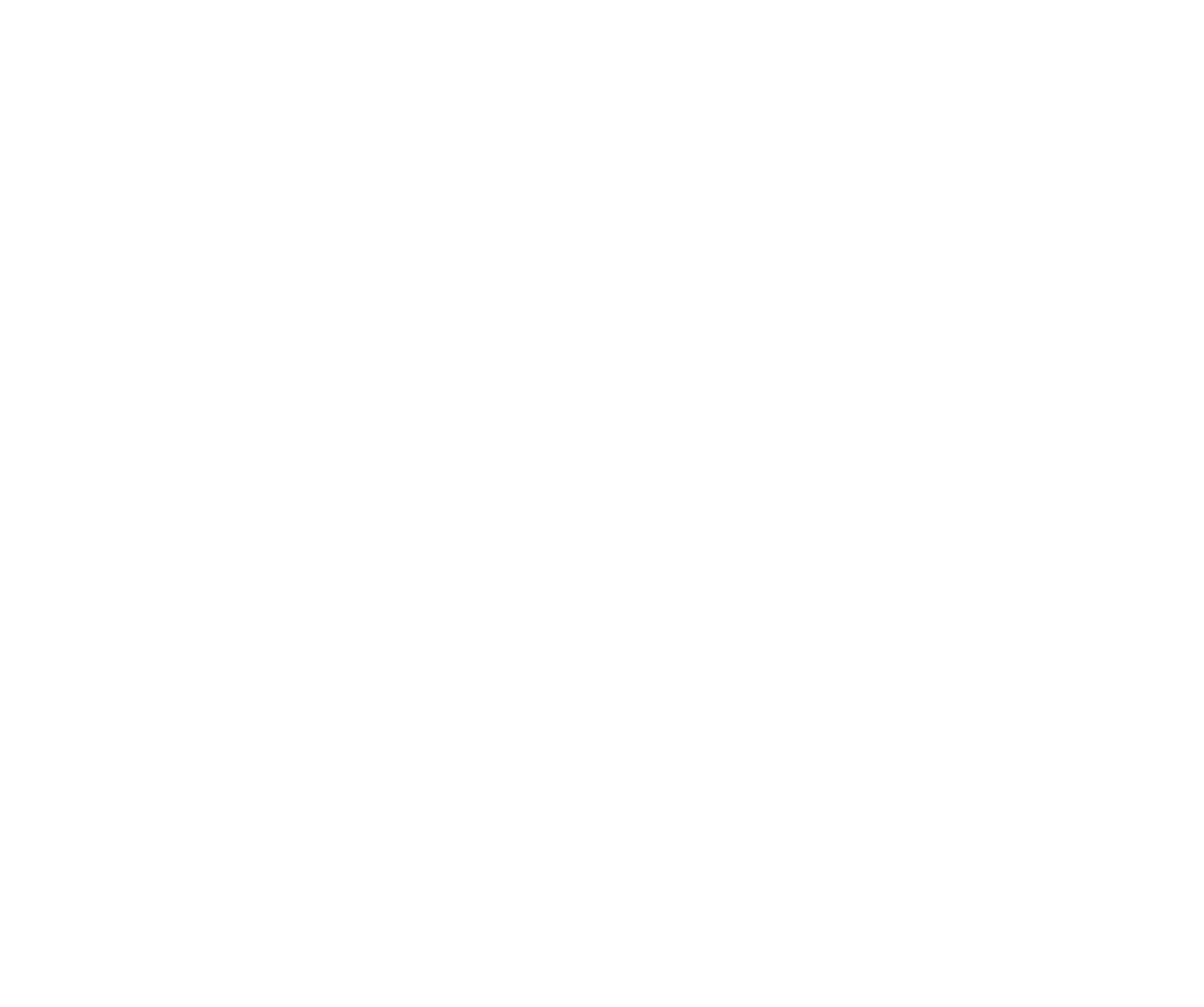